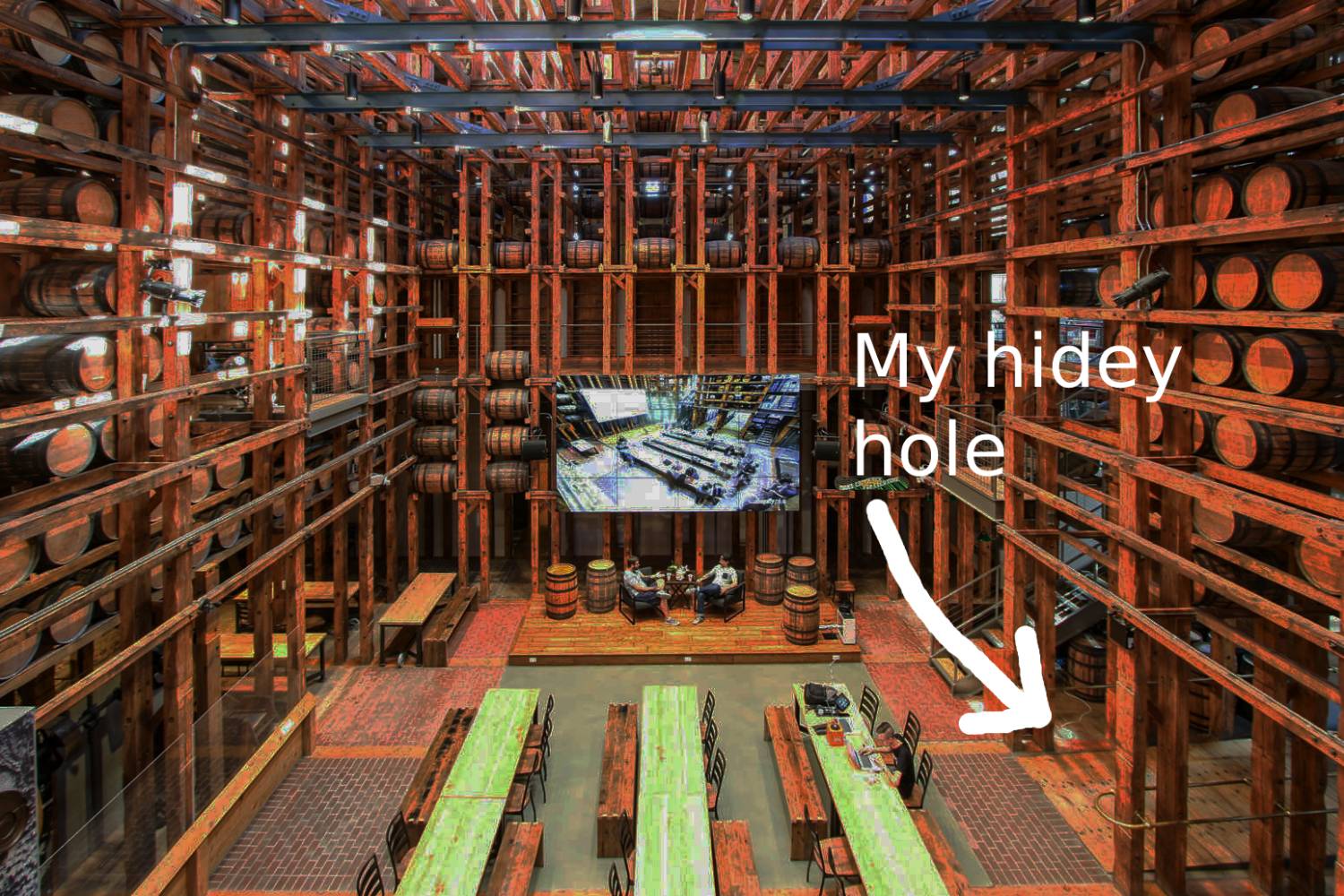 For people like me, networking is an adventure called, "Who can get to the corner of the room where we don't have to talk to anyone else the fastest" 😅 This one time, I even managed to find a hidey-hole surrounded by barrels and a nice elderly librarian who I talked to about jazz music for an hour at Shopify's Waterloo HQ…

I went to a networking event here 2 years ago (and spent the entire time in my hidey-hole). Image Source: Born Digital, DW Documentaries.

Anyways, my game of hiding-in-the-corners-of-not-talking-to-people while networking isn't the ONLY game I like to use at these events. Another fun one is observing-people-while-not-talking-to-people! 😉 And I've made some pretty interesting observations about how people network over the past few (2) years.

There was this one strange thing I noticed people would always do. Whenever someone was asked, "Hi, my name is X. Who are you?" the response they would give would always give would be something like "Hey, X! I'm Y and I'm a graphic designer at [Company]."

What's so strange about this? Well, whenever people are asked who they are, they respond with what they do. 🤔

Pedantics aside, this actually shows us something really interesting. Who you are isn't necessarily what you do, but in Western culture, they're similar enough for most of us to never notice the difference. If I tell someone that I'm a professor at a university, they can make enough assumptions to tell what kind of person I am vs. the other guy who said they were a software engineer from Google.

In other words, we often use someone's career to make assumptions about their identity. And in most interactions with people, this works fine.

This is something that I started to realise more and more once I got to know people who came from very different walks of life (AND actually got close to them). In every case, I can point out a before vs. after transition where I initially had some preconceived ideas about the person (based on shallow information and assumptions like their career), but then the person turned out to be COMPLETELY different when I got to know them better.

This is the downside of conflating career with identity. In the case of little interactions like networking (which I never liked anyways 😕), making assumptions about who someone is based on what they do might suffice. But whenever it comes to getting to know someone at a deeper level, what are all the nuanced details we're missing when we only ask what people do?

What about what they value? Or what they hope for in their future? What about the weaknesses they've overcome and the successes they're proud of? All these deeper-level ideas also make up a person's identity along with what they do, but for the vast majority of people you meet - you never get to uncover these other aspects of who they are.

To me, this is like a quest for knowledge. We've heard those sayings about how we've only mapped 5% of the oceans and need to discover more. Well, this is similar. We've only mapped a small portion of understanding the people in our lives if we conflate their careers with their identities.

In the past while, I've been lucky enough to get to know more and more people up close. And the joy of sharing the secret of the puzzle pieces that make up the people I'm closest to is very hard to understand until you've actually experienced it. 😄

So while it took me several identity crises at networking events, peeking out from my hidey-holes to gain these unique observations on our identities… I sure am glad that I can now take this insight and start better exploring the treasure of the people in my lives! 🎉