What I've Learned from Glimpses of Poverty 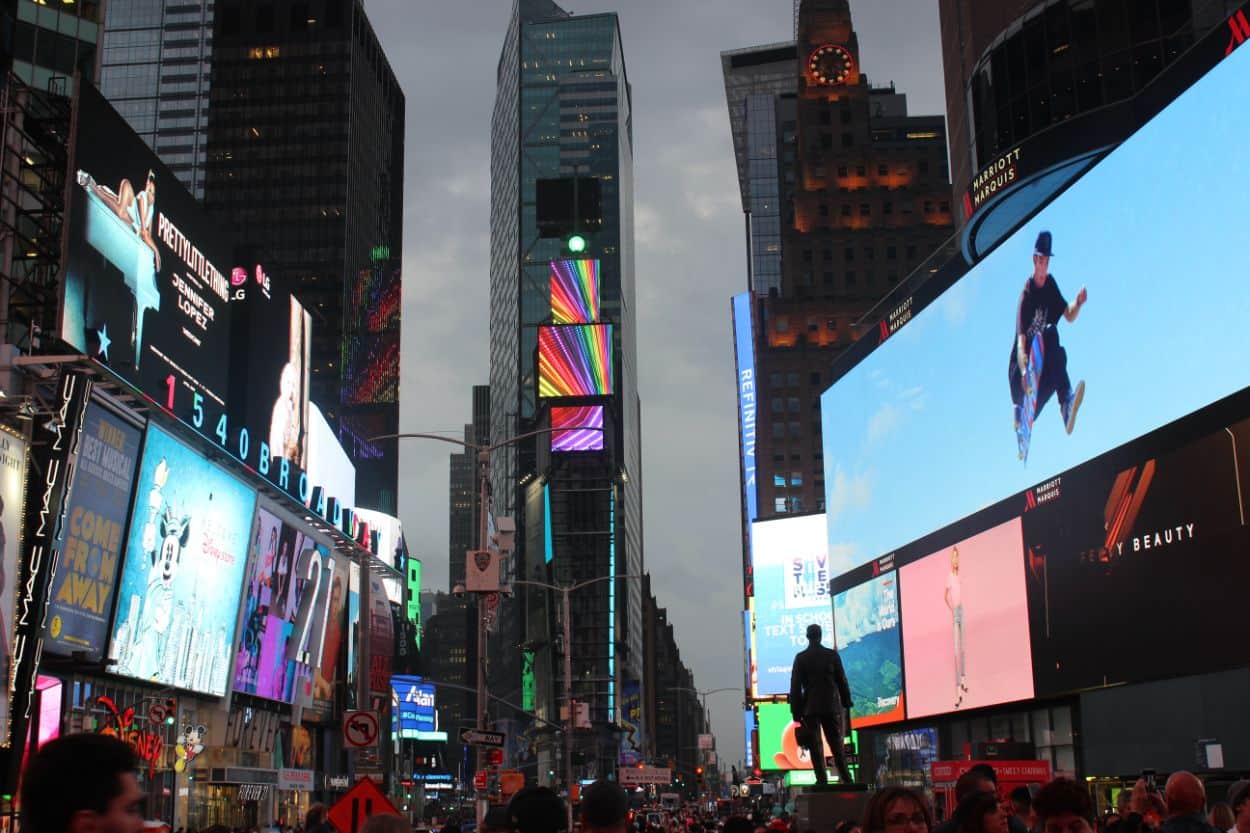 What I've Learned from Glimpses of Poverty

Growing up, my family was never one of the wealthiest ones around.

As immigrants to Canada, it was hard to find jobs and financial uncertainty was more common for us than my non-immigrant friends. Still, compared to the average person around the world and the average person from our native country (India), we were lucky enough to live a life of astonishing luxury. We always had meals on our plate and a roof over our head, even if we couldn't have the same lifestyle as the average Canadian.

But growing up, during more financially prosperous years, I've also been lucky enough to travel. And while travelling, I've been lucky enough to see glimpses of what real poverty looks like. These glimpses have been memories that I've kept with me that have uniquely shaped the values I have. They've been constant reminders of how bad life can really get. They help me stay grateful for the fortune I do have, instead of feeling jealous of those around me.

My Experiences in India

I lived in India until I was 8 years old. Unfortunately, I don't remember much of my early childhood. But I've been lucky enough to also go back to visit as a teenager.

My family was always very wealthy compared to the average Indian family. My parents both came from middle-class Indian families (ie. poor from the standard of the lives of average people in Canada). Both my parents had their fathers die before they were teenagers. Money was scarce in their families, so they had to do their best to become educated at whichever schools were inexpensive and with whichever scholarships/other income they could find.

Still, both my parents went on to be highly educated. My mother became a doctor and my father became an engineer and project manager. So when I was born, my family was very rich relative to the average Indian family.

Growing up, I saw a lot of other kids my age that were worse off than me. From the ones that lived in somewhat worn-down buildings to the ones who were informally educated and spoke differently than me to the ones dressed in rags living with their single mother on the sidewalk and selling informal products.

It was normal to see poverty in India though. I never really thought much of how privileged I was while living in India (I didn't even think about this until I was at least 15 and reflecting back on my memories). I remember in my early childhood that I would ask my mother why people were living on sidewalks strewn with rubbish or why they had to sit crowded together in waiting lines on dirty hospital floors/benches while we didn't. I never really understood her answers.

Then, we immigrated to Canada when I was 8. And most of the memories of my early childhood in India faded away. But I would again get to see this reality for most people in India on visits back. And as I grew older, I started to be more and more conscious of noticing the poverty around me.

The strongest memory I have of noticing poverty in India was from a trip I took when I was 14. I remember that I REALLY wanted to go to Agra to take a picture of the Taj Mahal's reflecting pool. So I convinced my mother to go on a 4-hour train ride so we could visit for a day. I did end up getting the picture… 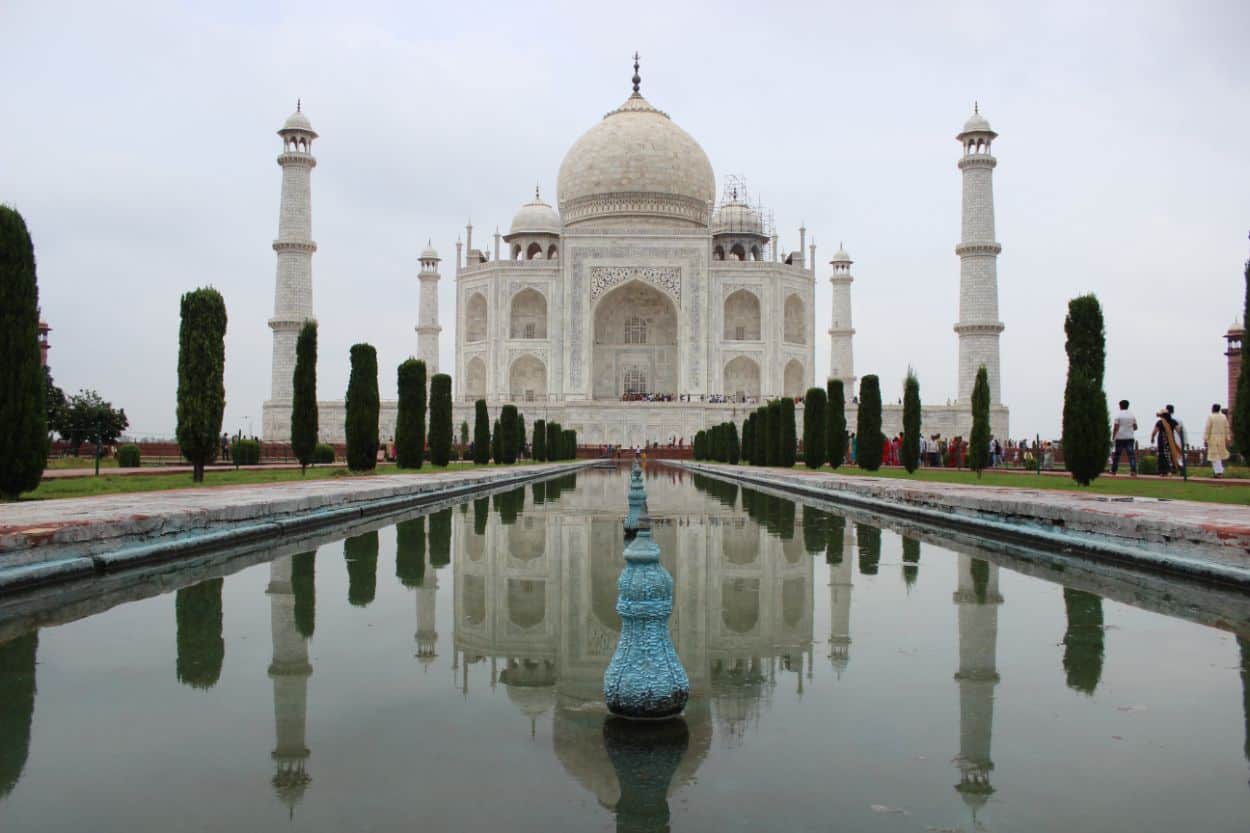 But I also saw a lot more than I had expected during that trip. Since the Taj Mahal is a large tourist attraction, many of the locals rely on their money for their livelihoods. This ranged from shopkeepers to rickshaw drivers to beggars, who concentrated near the train station bringing tourists into Agra, as well as near the Taj Mahal.

On the way back to the train station after visiting the Taj Mahal, I remember my mother asking me whether I still wanted to eat some small snacks (like unopened granola bars that we'd brought). I said no and watched as my mother gave the food to children begging outside the train station. They were noticeably glad to receive these tiny snacks that I didn't even give a second thought…

As we got to the train station, it started to rain torrentially. All the trains were delayed and we ended up waiting there for a few more hours than we'd expected. I remember feeling unnaturally hungry while we waited, so I asked my mother to buy me a type of sandwich called Vada Pav…

But as this was some small shop at some small railway station, the 'sandwich' turned out to be two uncooked buns with a small, cold rectangular blob in the corner that was meant to be the patty. I remember feeling annoyed about that as I took a bite and getting ready to complain to my mother about it.

Suddenly, I felt a tug on my pants and turned around to see this girl smiling up at me with her hands cupped outwards. She was definitely younger than me (I was 14 at the time). As she gestured towards her mouth and I noticed her dirty clothes, I realised she was begging for food.

Now, I wasn't very independent growing up (and not at all when I was 14), so I turned around to ask my mother if we could buy something for the girl to eat. And as I turned back around to look at the girl again, she was gone…

For the rest of the train ride home, I remember having my thoughts pulled back to that moment. Thinking about how I could've helped in that situation, but hesitated instead. But even more so about how I felt like complaining and being ungrateful about the food I had, while the girl was glad to accept the same food (even after I had taken a bite out of it).

To this day, whenever I think back to that moment, it makes me re-evaluate all the 'problems' I think are so important in my life and realise how fortunate I am. Without experiences like those, I see how even my brother complains about so much more than me (though I'm not perfect). I still wonder what happened to that girl after she disappeared and how different her life growing up after that point would be from mine.

This is one of the two most influential memories I have about poverty.

My Experiences in Canada/The United States

Poverty in Canada/The United States is entirely different than poverty in India. In India, poverty is a constant, omnipresent reality around you in most environments. In North America, poverty is something that you ignore in most of day-to-day life, with some occasional reminders as to its unpleasantness.

Over the years, I've seen a few glimpses of poverty in North America. Like the woman I saw standing near the entrance of a Walmart parking lot in Calgary. She had a sign asking for someone to help by buying diapers for her baby. Or a motionless man sprawled faced down on a heating vent on a busy sidewalk in downtown Toronto. Crowds of people simply stepped around him and continued on their way to work, even as I wondered whether he was breathing.

The theme always seemed to be ignorance. It was like people would be wrapped up in their busy lives with their troublesome problems and suddenly be snapped out of their world to see the shocking examples of poverty. And then just as quickly as they noticed its unpleasantness, they would look away and carry on normally with their lives.

I was never great with the last part.

The second influential glimpse of poverty I had was on a trip that my family took to New York City, when I was 16. This was during a financially prosperous time for my family, so we didn't have many worries during that time. We also had relatives in the area, so they took us around to visit the big city.

I remember the busiest day was when we went around all the areas in Manhattan. Especially as it got towards the evening in Times Square. There was starting to be a light drizzle, but that just amplified the reflections of the enormous billboard ads and storefront lights. There were crowds of tourists taking it all in and even some street performers in the midst of it all.

My relatives and my family stopped at a restaurant called Ray's Pizza (which our relatives informed us was famous). I don't know. Pizza's pizza. But we met the owner and he seemed pretty nice. Anyways, I felt really wrapped up in the midst of it all. The restaurant, the lights, the crowds, everything.

As we exited the restaurant, the drizzle was starting to get heavier so I remember feeling glad that we had been in the warm, cosy restaurant and that our car was parked nearby. As I crossed the street to head towards the car, I heard a jingling sound to my right.

I looked down to see a woman with disheveled hair sitting near the edge of the sidewalk, holding an empty coffee cup with some coins in it. Every so often, she would shake the cup wearily to draw the attention of the crowds of people walking by. I saw as she lifted her head towards the sky and started to cry as the rain was picking up.

And that made me question all of it.

The flashing lights, the giant ads, the famous food… I felt like none of it mattered. What was the point of all the glamour when there were so many people still struggling to fulfill their basic needs???

For the rest of the car ride home, I sat there in odd silence. I was thinking about how I was in a warm car in a comfortable seat after having eaten good food at a cosy restaurant. While at the same time, the woman I saw might have been sitting outside in the cold, intensifying rain the entire time.

As we made our way back home, I remember noticing more and more homeless people in New York City. In the shadows of alleyways, hidden near heating vents, dressed in thin, worn clothing.

Though it's been multiple years since those experiences now, I still remember them and they still influence me. And I hope that as I continue to grow in life, I don't let go of these memories. I hope that I'm able to keep in mind how amazing my life has been relative to how bad it could be. And that this perspective continues to drive me to keep my values and priorities in check, so that I can unlock the potential I've been lucky enough to have in life and use it to help lift up others.